During my civil rights pilgrimage, I could not help but notice how beautiful the city would have been during the 1963 Birmingham Campaign. In Kelly Ingram Park, which some refer to as “ground zero” for those demonstrations, I was especially struck by the juxtaposition between the ugliness of police dogs and fire hoses turned on nonviolent protestors and the beauty of pink azaleas, red roses, green grass, and white baby’s breath. Iconic photographs from the time, which focus on urban uprising, don’t capture the irony.

I decided to try myself, posting a piece in an online segment for Orion magazine’s “Place Where You Live” series. You can read the piece here: Kelly Ingram Park, Birmingham, Alabama.

Many of the Birmingham Campaign’s iconic photographs were taken on this day, May 3. In memory of them, here are a few pictures from Kelly Ingram Park today: 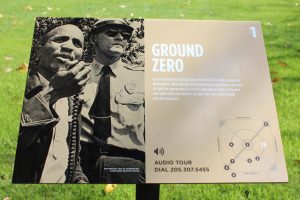 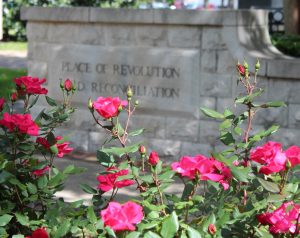 Kelly Ingram Park, a Place of Revolution and Reconciliation, Photograph by Julie Armstrong 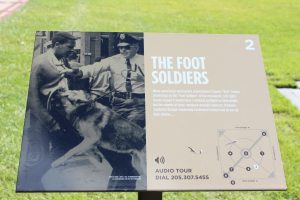 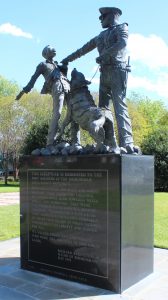 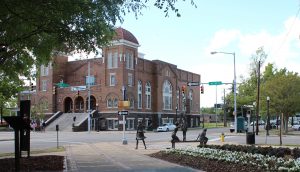 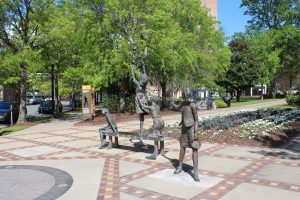 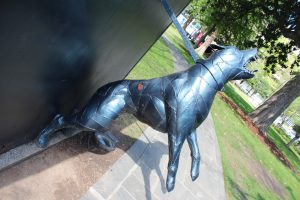 Already the German Shepherds rust. When the public art is gone, and the flowers have died, will we remember the ugliness of oppression or the beauty of resistance? 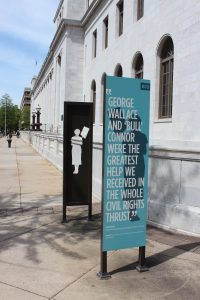 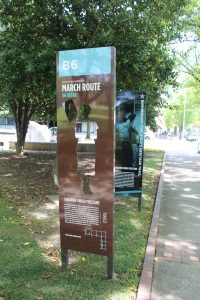